In 2015, scientists studying the history of agriculture uncovered ancient clay vessels dating back 8,000 years at an archeological dig in southeastern Georgia. The Neolithic-era site is a joint project of the Georgian National Museum and the University of Toronto.

Researchers analyzing the residue contained within the vessels—the remains of grapes and grape seeds—dated the material to 6000 BCE. This establishes ancient Georgia as the first known location of grape winemaking.

Situated at the crossroads of Europe, Asia, and the Middle East—and enjoying a climate and terrain perfectly suited for the cultivation of grapes—ancient Georgia supplied wines and vines to the first cities of the Fertile Crescent: Babylon and Ur.

Georgia’s location has made it vulnerable to a host of adversaries throughout history.

Assyrians, Greeks, Romans, Persians, Mongols, Arabs, and Turks have all invaded Georgia over the centuries (and neighboring threats remain even today). Assyrian kings, who demanded tribute from conquered peoples in the form of gold, made one exception: Georgians could pay their tribute in wine.

While ancient civilizations like Egypt and Greece developed wine cultures of their own, all owe a debt to Georgian viticulture. The ancient Greek writings of both Homer and Apollonius of Rhodes include mentions of Georgia’s traditions of vine growing and winemaking.

The proposed concept reflects the tradition of Georgian winemaking. The vine leaf is a symbol of the Georgian vineyard, which we used in the architecture as a form of roofing, and under it we created a space AKA master classes, where every tourist coming to the country will be able to share Georgian traditions and Georgian culture.

also tourists will take part in the creation of various dishes of Georgian cuisine, among them one of the favorite  is “churchkhela”. Each master class space serves about 4-5 tourists and shares both Georgian cuisine and Georgian culture

nearby masterclasses there is building with a Georgian architectural appearance, where tourists will have the opportunity to taste Georgian cuisine and share Georgian culture. 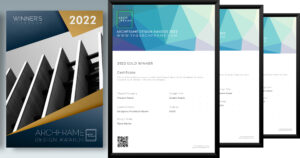